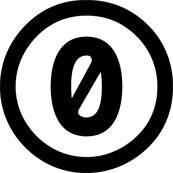 Many inquiries and reports on the occasion of the beta-launch of the Deutsche Digitale Bibliothek (DDB) revolved around the question of how „open“ the DDB is, especially in comparison to Europeana.

Often in these discussions, for which this article in the blog of the Open GLAM network can serve as an example, the rights to metadata and the rights to digital objects (content and derivatives) themselves are not sufficiently differentiated. The Terms of Use (TOS) of the DDB focus on digital content and derivatives. They are an indication for users that there may be some rights reserved for the metadata and digital objects that can be accessed through the portal, and that these rights should be observed. The TOS refer to the priority of explicitly defined rights and specific license terms and make it clear that where these are not named, the framework defined by law, especially copyright laws, applies.

Even if this is not explicitly stated, exactly the same applies for the digital content and derivatives made accessible through Europeana. As for the metadata, however, Europeana has chosen a different approach, in as far as it accepts only CC0 metadata. This means Europeana can only use metadata that fulfils this requirement to help its users find its digital content and derivatives. On the other hand, this also means that Europeana can make the entirety of its metadata available via its API.

Unlike Europeana, the DDB does not insist on CC0. This enables it to benefit from more profound metadata, as supplied, for example, by museums. The digital objects of the Antikensammlung in the DDB for example can give an idea of how deep such descriptive information can be.

Consequently, it is mainly the museums that do not want to make all their metadata available under CC0. This information, they argue, is already so detailed, that – much like abstracts – it should be eligible for copyright protection. They are not prepared to waive this protection completely. The motive behind this is less about trying to prevent subsequent commercial uses, but much more to keep some control over the data in the interest of safeguarding its authenticity and integrity in the further communication, similar to the concept of a CCby licence.

The DDB API, which will be provided in an initial version in the first half of 2013, will only open metadata that is CC0 licensed. Likewise, only a defined core set of metadata that does not meet this requirement can be passed on to Europeana.

However, it is important to note that this applies only for a very small part of DDB metadata, because the predominant share is actually provided by cooperating partners under the CC0 license.

With its TOS, the DDB has entered a compromise that allows it to offer its users very elaborate metadata, and at the same time guarantee maximum reusability and openness for the general public.